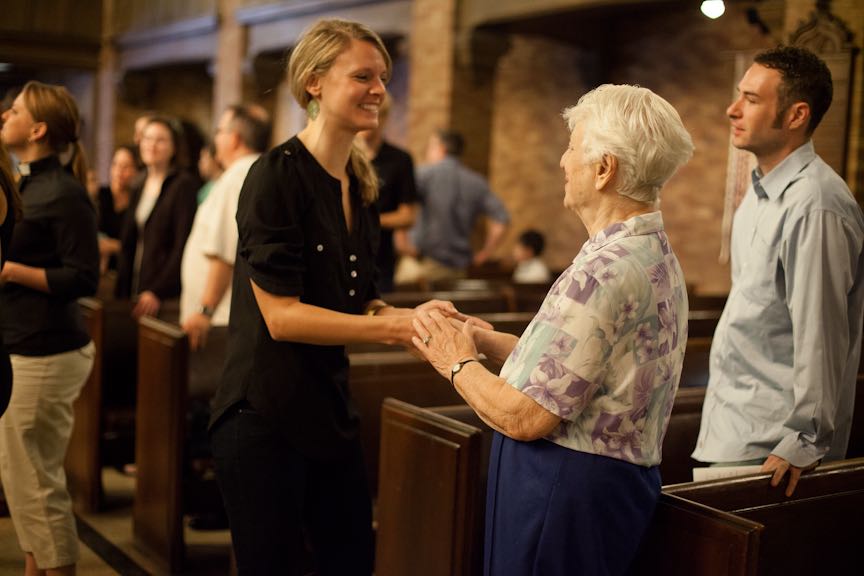 In the name of Jesus — who has ascended into heaven, and yet is with us still.

The scriptures we hear this morning sketch out the circumference of an unusual circle, a bubble in time, an interim time of watching and waiting for the victory of the resurrection to come to completion in the outpouring of the Holy Spirit at Pentecost. The texts come from different authors, each of whom is reflecting on the meaning of the crucifixion from a different vantage point, after the fact, offering their own testimony to the growing communities of believers spreading across the known world during the time of the Roman Empire.

First we heard from the Acts of the Apostles, a scene set after Jesus’ resurrection and ascension, but before Pentecost. In the sweep of the story that begins with the gospel of Luke and continues through the book of Acts, this passage feels awkward as it interrupts the drama of the crucifixion and resurrection and post-resurrection appearances of Jesus and then his ascension into heaven and the sending of the Holy Spirit at Pentecost, creating the church and flinging the apostles out into the world. This scene, of the apostles gathered together for prayer and discernment, feels totally anticlimactic. If we were making a movie and trying to get it in under two hours, the editors would surely leave this scene on the cutting room floor. Who needs this fragment of the story, where those who were called to follow Jesus — who have heard him teach, who have seen him heal, who have grown from twelve to seventy and been sent out in pairs to work miracles in the world, who followed him to Jerusalem, who witnessed his death, who encountered him on the road to Emmaus, who touched the body of their resurrected Lord, who saw him ascend into heaven — now sit in the upper room in Jerusalem praying and waiting?

Well, I think we need it. Very specifically, I think we here at St. Luke’s need these stories, each tracing the perimeter of a moment between Jesus’ ascension and the coming of the Holy Spirit. It is the moment in which we are living.

We, too, have been on quite a journey together, each of us following our own calling into this community — some raised here, some transplanted from other congregations, some following friends or spouses, some following a question in their soul that would not be quiet until it found an answer — we have listened to and learned from one another, we have hurt and been healed by one another, we have grown from twelve to seventy and then more, we have experienced our power to affect and influence the world when we witness together in public to what we have tasted and seen of God in Christ Jesus, we have had our own moment of shock as we realized that our story would not move from glory to glory without its own encounter with the cross, we have felt the crushing weight of endings that feel like death, we have walked side by side wondering what all our ministry meant and if it was all over — only to discover God still present with us when we gather at God’s table, we have been convinced of the victory of the resurrection and have proclaimed Christ risen indeed (alleluia!) … and now we feel a bit like the believers who watched Jesus ascend into heaven, who’d heard the promises of God’s ongoing presence through the power of the Spirit, but had little more to do than wait.

We’ve been waiting. A lot. Ever since we voted back in January to list our property for sale, we’ve been waiting to find out what would happen next. Waiting while a small group selected a broker. Waiting to hear if there would be any interest in the building. Waiting to find out if prospective buyers might keep the building a house of worship, or might keep the structure and repurpose it to meet the needs of underserved communities in our neighborhood — low-income families, or seniors looking for affordable elder care, or if something entirely new might come into being at this site. Waiting to hear where we might go in the interim. Waiting to hear who will come with us. It’s a lot of waiting, and it’s not easy. We can understand why impatient editors might want to skip this scene for the sake of advancing the plot, but that wouldn’t be true to how we experience real life, in which moments of high drama are accompanied by long periods of waiting.

The early church was expert at waiting, and much of the literature of the New Testament is explicitly addressed to the experience of waiting.  The author of First John, a letter commonly dated near the end of the first century, declares “Children, it is the last hour!” (1 John 2:18) approximately seventy years after Jesus’ ascension. During that long period of waiting, the writer encourages the people to love one another as God has first loved us. As we’ve read through this letter over the past few weeks we’ve heard the call to love fearlessly (4:18) and been reminded that we love God best by loving one another as God’s children (5:1). Now as the letter draws to a close, the writer proclaims that the world as we know it is being conquered in a way we would never have imagined and can barely believe, through faith in a crucified messiah.

“This is the one who came by water and blood, Jesus Christ, not with water only but with the water and the blood.” (5:6) Water and the blood stand in here as substitutes for baptism and crucifixion, the writer reminding us that the same Jesus who rose from the waters of the Jordan River and was announced as God’s own beloved was the same one who willingly laid down his life in an encounter with empire as a sign of God’s unyielding solidarity with creation’s suffering. “Not with water only, but with water and the blood” is First John’s way of reminding us during this period of waiting that God does not remake the world in the ways that the world would see and label as success, but instead remakes the world through acts of humility, self-giving, and abiding love.

“And this is the testimony: God gave us eternal life, and this life is in his Son. Whoever has the Son has life; whoever does not have the Son of God does not have life.” (5:11-12) This isn’t about believing the right things, or saying the right words, or having the right answers. This is the writer’s own testimony, the thing on he would stake his own life, and which he offers to us as a gift: the only life worth having, the only life that will last, is the life that comes when we stop trying to conquer and colonize one another, and learn to love one another as fearlessly as we have been loved.

This is Jesus’ own prayer, offered on the night before his death, as we hear it once again this morning. “And now I am no longer in the world, but they are in the world, and I am coming to you. Holy Father, protect them in your name that you have given me, so that they may be one, as we are one.” (John 17:11) As he looks toward his own crucifixion, Jesus is already seeing past the ascension to a time when the community of faith will be gathered in his name, and he prays for their unity. “Let them be one as we are one.”

The unity for which Jesus prayed isn’t a given. It takes work, so it takes time. It sometimes looks fairly mundane next to the incarnation, the crucifixion, the resurrection and the ascension. In the book of Acts, the work of unity looks oddly like one of our annual congregational meetings, as the assembly realizes that there is a leadership gap that needs to be filled and so sets out to select a replacement for the apostle who’d betrayed them and was now dead.

The list of qualifications for leadership seems to have been pretty straight-forward: you had to have been a witness to the story of Jesus from the time of his baptism by John to the time of his ascension and, apparently, you had to be a man … which confirms what Jesus himself said before he offered his prayer in Gethsemene, “I still have many things to say to you, but you cannot bear them now. When the Spirit of truth comes, [it] will guide you into all truth.” (John 16:12-13a) 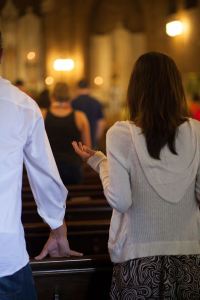 In our own period of waiting, it can feel frustrating to have witnessed so much growth and vitality, so much resurrection as a community, only to find ourselves waiting once again for the Holy Spirit to set us on fire and send us out. The lesson this day offers to us, however, is that there is still work to be done during times of waiting. We are to continue to gather for prayer and discernment; we are to attend to the question of leadership, realizing that there are always others in our midst who have the gifts required for the present moment; and we are to commit ourselves to practices of love for one another, costly love that sets aside power for the sake of unity, and prepares us so that we are still together when the Holy Spirit at last blows through us again.