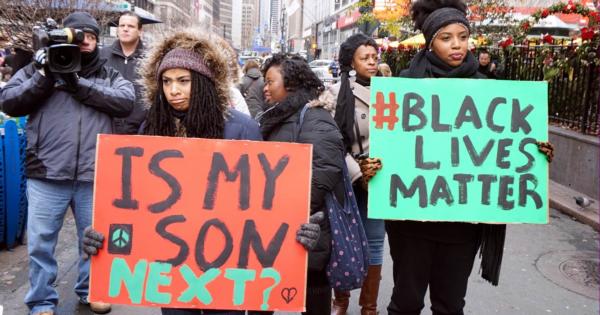 About eight years ago a book was published titled Not Quite What I Was Planning. It was a collection of six-word memoirs by people both famous and unknown. Some were amusing, like Stephen Colbert’s which read, “Well, I thought it was funny.” Some were poignant, like the recently dumped young adult who wrote, “I still make coffee for two.”  Some were wise, like the anonymous person who scrawled on a bathroom wall, “Love me or leave me alone.”

Given that today is Mother’s Day, and there are always people in room who are still looking for a way to make the day special for their mothers, I thought I might do you a favor and give you the chance to come up with something more personal than the endearments printed inside the cards found at the pharmacy.  I’m going to give you a minute to come up with a six-word tribute to someone who has been a mother to you — could be your mother or grandmother, an aunt or a neighbor, a teacher or a friend who adopted you, you are the best judge of who has been a mother to you — and then I’m going to ask a few of you to share what you’ve come up with (so I’m counting on you to not leave me hanging here). I can give you a few examples, to help get the juices flowing. My mother in six words:

You get the idea. Take a minute now and see what you can come up with.

Doesn’t that feel good? Doesn’t it feel good to remember the people who have stepped into our lives, whether at birth or some later date, to provide the mothering that we needed? Despite the complex emotional responses that many of us have to days like today, days like Mother’s Day — which can too easily reduce motherhood to sentimentality, or obscure the difficult relationships between mothers and children, or silence the experiences of those whose longing to be mothers has not been fulfilled — despite those very real, legitimate experiences, I hope there still some pleasure to be found in taking the time to testify to the gifts of mothering we have received.

The scriptures appointed for this morning have something to say about parents and children as well, something that takes the words we carefully craft to pay tribute to our mothers and requires us to put flesh on those bones.  The author of First John declares, “everyone who believes that Jesus is the Christ has been born of God, and everyone who loves the parent loves the child.” (1 John 5:1) The writer is talking to us, to people gathered around baptismal waters, people who understood that to take the name Christian meant to receive the spirit of adoption that washes away the labels the world uses to divide us and to become members of one human family with one common parent, the mothering God who gave us birth.

I wonder, if I asked you to write a six-word memoir for your siblings how those would turn out.  I’m not going to do it, so relax, but still I wonder. Or, if there was some way we could collect six-word memoirs from your sisters and brothers, what might they say? I’m not speaking metaphorically here, not talking about your “sisters and brothers in Christ,” but of the actual people with whom you shared a bathroom or a bunk bed, the people who edged you out in conversations around the dinner table, or who read your diary, or who looked up to you like heroes. The people you share care-taking responsibility for your parents with, or you don’t. How are you doing with them?

Kerry and I have been enjoying wonderful conversations with the pastor who will be marrying us at the end of June, and in one of our recent meetings he was talking about how the place where we really learn the Christian disciplines of confession, forgiveness, peace-making, reconciliation, self-giving and sacrifice isn’t out in the world with some abstract “other,” but in our homes with our spouses, our children, our parents, our siblings, our selves even. “Everyone who loves the parent loves the child” starts with you. That tenderness in your voice when you spoke of your mother, can you be that tender with yourself? That admiration in your eyes when you read your six words, can you offer that to your sister? That peace you found with the parent who tried her best, can you make that with your partner? If you want to pay tribute to your mother, attend to the people your mother loves. “Everyone who loves the parent loves the child.”

Then, afterwards, there is the move from the concrete to the abstract. From the sister we know to the brother we have never met.

I went to seminary fifteen years ago in the South in Atlanta, a city defined by its most famous son, Martin Luther King, Jr. and his leadership in the struggle for racial justice and civil rights. Still, forty years after his assassination, we were struggling with racism and not in the abstract, but in our own community of Christian people preparing for public ministry in the church. I remember a White classmate of mine standing up in a town hall forum asking why we were still defining each other by race when we were all sisters and brothers in Christ. Didn’t we know that in Christ there is “no longer Greek and Jew, circumcised and uncircumcised, barbarian, Scythian, slave and free; but Christ is all and in all!” (Col. 3:11)

As I listened to him speak I remembered my own sister — adopted, Asian, brown-skinned — being bullied at summer camp by a group of White girls who wouldn’t let her get in the swimming pool, who told her that her skin wasn’t clean, that it would make the water dirty. She didn’t need someone to tell her that she was making a big deal out of nothing. She needed her family to listen and to believe her, to hold her while she wept, and to call to accountability the people who were supposed to keep that community safe for her.

The passage we hear from Acts is lifted out of one of my favorite stories in all of scripture. The apostle Peter, a devout Jew and a follower of Jesus, receives a vision in which he sees something like a large sheet being lowered from the heavens, and in that sheet were all sorts of creatures he wasn’t supposed to eat. Then he hears a voice telling him to get up and eat, and he refuses, “By no means, Lord; for I have never eaten anything that is profane or unclean.” But the voice responds, “What God has made clean, you must not call profane.” (Acts 10:15) Later, as Peter comes to the home of Cornelius, he remembers this vision and sets aside laws and customs in order to enter that man’s home. There, as Peter shares the story of God’s love as it was revealed in the life and death and resurrection of Jesus, the Holy Spirit fills the room and everyone in it, and Peter recognizes that in the face of God’s impartial love for all God’s children, the laws governing human relations needed to change, and he baptizes the entire household with a ritual that had previously been reserved for insiders only.

Mother’s Day, as most of us know, wasn’t founded by grateful children. It was established by women who were tired of death. By mothers on both sides of the Civil War mourning the loss of their sons. They weren’t asking for cards or candy, they were asking for a world in which their children would live to bear children of their own. For a future better than their past. These mothers weren’t looking for appreciation, they were fighting for their children’s lives.

That hasn’t changed. Women are still fighting for their children’s lives, here in Chicago, in Baltimore, in Israel and Palestine, in Afghanistan and Iraq. On this morning when children across the country are handing their mothers home-made cards with handcrafted messages, I wonder which six words these mothers are most longing to hear. Might it be

And I wonder how that Mother’s Day card gets delivered.