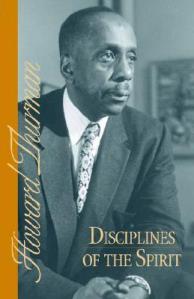 In his book Disciplines of the Spirit, Howard Thurman tells a story about life’s persistence. He writes,

Many years ago when I lived in Oberlin, Ohio, I noticed workmen digging a large hole in the street in front of my house. When I went out to watch what was going on, I saw that a large section of sewer pipe had been exposed; around it and encircling it was a thick network of roots that had found their way inside the pipe by penetrating the joints in many places. The tree was more than four hundred yards to the other side of the house, but this did not matter to the roots. They were on the hunt — for life.

As he reflects on this image of tree roots spreading subterraneously out far beyond the reach of the upper limbs, he makes an analogy to the nature of life itself. He says, “the initiative is not planned, or borrowed from outside, but rather seems to be a part of life itself. Indeed, the most fundamental characteristic of life is its search for nourishment.” (14)

This observation about the automatic quality of life is sown into the first parable of the reign of God that Jesus shares with his followers in today’s gospel.

The kingdom of God is as if someone would scatter seed on the ground, and would sleep and rise night and day, and the seed would sprout and grow, he does not know how. The earth produces of itself, first the stalk, then the head, then the full grain in the head. But when the grain is ripe, at once he goes in with his sickle, because the harvest has come. 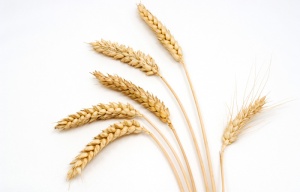 How is this image of a seed growing into a staff of wheat which is then harvested like the reign of God? What are the constitutive elements of the metaphor? Someone — is it God, is it us … can we tell? Seed — again, is that us, or is it an image of the gospel?  The ground on which the seed is cast (is that us?). What does it mean to say that the earth produces of itself, since the earth would not have produced the stalk without the seed? What about the sickle and the harvest? If I’m the wheat, that’s a scary image. If I’m the soil, then the thing growing out of me has been harvested for good and I’m ready to grow again. And, how was this all like the reign of God?

So many ways to read this story, and none of them fit perfectly, so that we have to keep going back and reading, and thinking, and discussing, and trying to fit the elements of the story to their corresponding real-life analogs. I’m drawn to the idea that the reign of God is as if someone (that someone being God) scatters seed (that seed being the gospel, the Word of God, the good news of life’s inevitable liberation from death, which is made most fully visible to us in the life, death and resurrection of Jesus), and then sleeps and rises, night and day (which sounds like the first few chapters of Genesis, when the Creator makes something new with each morning and evening and calls it good).

When I imagine the parable’s meaning in this way, I can see my own life as good soil in which the word of God has been planted, and I can imagine that the word of God is Christ Jesus planted in me. So I am in Christ and he is in me, and now I am a new creation, out of which something good and necessary for the world is growing, a stalk of grain which will be harvested to produce the flour that will be baked into the bread that will feed the world. And when we sing, “as the grains of wheat once scattered on the hills were gathered into one to become our bread, so may all your people from all the ends of earth be gathered into one in you” I will remember this parable and I will imagine myself and all of you as the soil out of which this world-feeding bread of life has grown.

I’m back to square one, and while I’m standing here scratching my head Jesus tells another parable of the reign of God. Now he says it’s like a mustard seed

“which, when sown upon the ground, is the smallest of all the seeds on earth; yet when it is sown it grows up and becomes the greatest of all shrubs, and puts forth large branches, so that the birds of the air can make nests in its shade.” (Mark 4:31-32)

Here the reign of God seems explicitly connected to the seed, which grows from the tiniest of seeds to the largest of garden plants — though nothing at all like a majestic sequoias of the Pacific northwest, or even the grand cypress trees native to the Middle East. So, why does Jesus compare the reign of God to something so small which grows into something so modest? No really, I want to know what you think. So, I’m going to give you a few minutes to talk amongst yourselves about how the reign of God is like a mustard seed and Kerry and I will have a similar conversation and then we’ll report back on what we heard.

[Congregation is given a few minutes to talk amongst themselves about how the reign of God is like a mustard seed. Observations are solicited from the assembly about not only the analogies they made, but about the process of deciphering the parable.]

I know some of you hate it when you’re asked to “turn and face your neighbor.” That’s not what you come to church for. The problem is, the parables seem to expect you to have a conversation with someone else.  Jesus introduces the parable of the mustard seed like this:

“With what can we compare the kingdom of God, or what parable will we use for it? (Mark 4:30)

It seems that Jesus expects those who are listening to him and following him to not only listen to and receive his word, but also to take it, shape it, contextualize it and share it with others. And in order to do that, they will need to have a firm grasp on what the reign of God is like, and how it is different from the present world order, and where in our natural and constructed world we might find helpful images that allow us to us engage the hearts and minds of others who are longing for a different kind of existence, for a new creation, but don’t know where to find it. 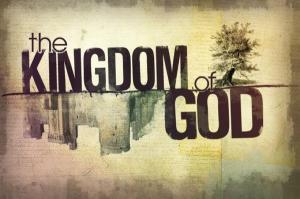 Jesus says that new creation, that coming world order, is not like the systems that dominate this world through economic and military might, but more like a seed. Something small, whose growth is inevitable, and whose product nourishes and sustains the world — like grain from wheat, or like shade from a mustard shrub. Something small, like a child whose gifts and talents seem to spring from some inner place, which can be nourished and nurtured but not manufactured. Something small, like the decision to include those who have been left out for too long, never knowing what might grow out of that action. Something small, like the choice to buy local, or to recycle bottles and cans, or to support companies that pay a living wage — which do nothing on their own, but change the world when done together.

Anytime we treat our own small lives like they have the power to change the course of history; anytime we act as though the small and overlooked peoples of the earth have as much worth as the rest of humanity; anytime we move children from the margin to the middle; anytime we insist that the pace of change slow down enough to consider the impact on the most negatively affected minority; anytime we remember and act on the reality that each of us is carrying the seed of the God of creation in the soil of ourselves, then the reign of God has drawn near.

And with what will you compare the reign of God when you tell others about it?