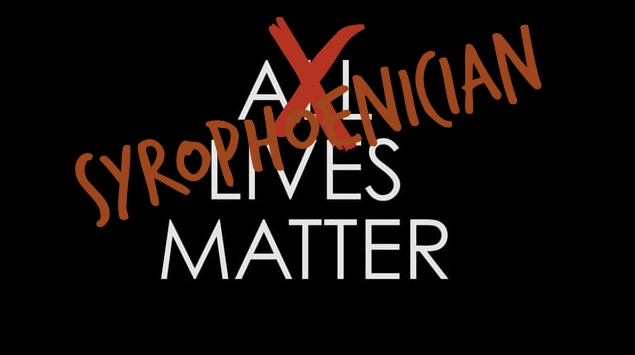 I have to confess something.  I messed with the lectionary this morning. I didn’t like where the dividing line fell in the gospel reading, so I decided to read on. Let me explain.

As the shortest of the four gospels, Mark moves quickly and efficiently through its recounting of Jesus’ ministry. Wasting no time with legends of his birth, Mark launches immediately into his baptism by John and his ministry in Galilee with stories of his miraculous healings and radical teachings. Early on we get hints that he is redefining what it means to keep faith with the God of Israel, as when his family comes to claim him as he is teaching and he replies by looking around at the crowd surrounding him, “Here are my mother and my brothers! Whoever does the will of God is my brother and sister and mother.” (Mark 3:35)

As his ministry grows he encounters opposition from those who’ve known him the longest and is rejected in his hometown of Nazareth, where he declares, “prophets are not without honor, except in their hometown, and among their own kin, and in their own house.” (Mark 6:4) Shortly thereafter John the Baptist is killed and Jesus and his companions retreat to a deserted place so that they can rest and recover from this news. The crowds recognize him however, and follow him out to the countryside, hungry for a word. Out of compassion Jesus begins to teach them, and this moment becomes the occasion for one of the most memorable of his miracles, the feeding of the five thousand.

Again, because Mark’s gospel moves so quickly, this scene is sparsely narrated — explaining why for five weeks we left Mark and reflected on the Gospel of John’s much longer, much wordier, narration of Jesus’ teaching after the feeding of the thousands known as the “bread of life discourse.” But now that we’re back in Mark we have to bring all our questions and all our imagination to his provocative story, because Mark will not explain everything for us.

So we find ourselves at the beginning of the seventh chapter of Mark with Jesus in the countryside of northern Galilee, where Pharisees and scribes from Jerusalem have come to observe his teaching and healing. As they watch him at work, what they notice is that some of his disciples were eating with unclean hands. The scriptures say that all throughout the region people were bringing the sick to Jesus on mats and that “wherever he went, into villages or cities or farms, they laid the sick in the marketplaces, and begged him that they might touch even the fringe of his cloak; and all who touched it were healed.” (6:56) But rather than comment on that, what the elders noticed was that some of his followers were eating with unclean hands, so this is what they choose to comment upon when they engage with Jesus.

That’s why I get it when Jesus snaps at them, calling them hypocrites, and quoting the prophet Isaiah, “This people honors me with their lips, but their hearts are far from me; in vain do they worship me, teaching human precepts as doctrines.” (Isa. 29:13) Christians have a bad history of reading this passage as an indictment of Judaism, which is really just ridiculous since Jesus is citing one of Israel’s greatest prophets to reprimand the establishment authorities in the presence of the very people, Jewish people, whom they’d failed to serve. As usual, if anyone is being indicted here it is those who hold power, institutional power, whether that be the power of the state that killed John or the power of the temple that left the hungry poor suffering in the countryside as it allied itself with Rome.

Jesus goes on to give an impromptu sermon on purity that is absolutely righteous.  Mark says,

“Then he called the crowd again and said to them, ‘Listen to me, all of you, and understand: there is nothing outside a person that by going in can defile, but the things that come out are what defile.’” (Mark 7:14-15)

This is just beautiful to me, not just for what Jesus says, but how and to whom he speaks. Jesus is surrounded by the poor and the sick, the very people those with power and authority have disregarded. These sick, aching people have seen the elders from Jerusalem confront Jesus about their eating habits, the way they reach for the bread that will fill their empty bellies without stopping first to wash their hands. They have been shamed in public by people of rank and wealth. They are used to it. It happens all the time.

But then Jesus speaks to them, turning his attention away from those who notice their hands but not their lives, Jesus looks them in the eye and sees them and says, “Pay them no mind. It’s not what’s on your hands, but what’s in your heart, that concerns me.” Then, in a private follow-up with the disciples he explains himself, saying “it is what comes out of a person that defiles. For it is from within, from the human heart, that evil intentions come…” then providing an exhaustive list of vices.

And that’s where I was supposed to draw the line and stop reading, with Jesus having stood up to the hypocrisy of the authorities and championing the cause of the poor and the weak. That’s where the lectionary wanted this object lesson to end. But I kept reading, and what follows puts Jesus in such a different light that I couldn’t help but wonder how these stories were intended to fit together.

You see after healing the sick and scolding the self-righteous, Jesus sets out with his disciples to go even further north to Tyre, a region among the Gentiles in modern day Lebanon. Mark says, “He entered a house and did not want anyone to know he was there” (7:4b) and I’m reminded that he still hasn’t had the retreat he was craving before the feeding of the five thousand following the death of John the Baptist. So perhaps now he has left Israel and headed north into Gentile territory precisely so that he can get some time and space to clear his head and grieve his loss and regroup from so many public encounters with the authorities.

But even in Tyre Jesus can get no rest, and soon a Gentile woman, a Syrophoenician, hears of his power and comes to beg for the life of her demon-possessed daughter. And how does Jesus, who has said that his mother and brothers and sisters are those who do the will of God; how does Jesus, who has said that it is not what goes into the mouth but what comes out of the heart that determines our purity, respond to this women? He says, “Let the children be fed first, for it is not fair to take the children’s food and throw it to the dogs.” (7:27)

It’s horrible, what comes out of his mouth. Jesus responds to a mother in need, a mother not unlike those in Galilee who’d brought their children to him on mats, but not with the kind of generous and ennobling spirit that he’d used back in Israel. Instead he speaks to this desperate woman using exactly the kind of language we might have expected from the authorities, focused on ethnic purity instead of real need and honest faith.

At this point preachers and teachers can get tied into knots trying to make two thousand years of theologizing about Jesus match up with Mark’s gospel. How can Jesus, the eternal Word of God made flesh, at once both God and man, have said such a blatantly cruel, racist, nationalist thing to a despairing woman in need? Surely it is a test, or a provocation, or an intentional elevation of the tension so as to underscore the importance of the point. Surely Jesus did not just say such a thing!

But Mark is the earliest of the Gospels, unaware of the theologizing about Jesus to come, and in some ways making the most modest claims about this extraordinary figure. So if we simply let Mark tell the story Mark wants to tell about Jesus, one conclusion we might draw from this episode is that sometimes even the most radical and the most revolutionary of prophets, sometimes the most righteous and the most respected teachers and leaders, get it wrong. We are all products of our context and our history. Jesus can quote Isaiah in condemning the leaders of Israel, and in the very next instant be caught with words that stink to high heaven falling from his mouth.

But that doesn’t seem to be Mark’s point either, or at least not the fullest point this story makes. Because notice what happens after Jesus puts his foot in his mouth. The Syrophoenician woman speaks up and talks back, fighting for her child’s life, saying “Sir, even the dogs under the table eat the children’s crumbs,” and what Jesus does not do is argue with her, or try to clean up and explain away what he’d already said. He doesn’t tell her, “well, yes, #SyrophoenicianLivesMatter … but really, #AllLivesMatter.” He doesn’t say, “look, I’ve been healing the sick and confronting the powers since before you were born.” He doesn’t say, “I think you and I got off to a really bad start, let me explain what I meant.” He doesn’t say, “some of my best friends are Syrophoenician.” He just shuts up and listens, and after this woman shames him, shames Jesus, with the truth of her remarks he simply says, “For saying that you may go — the demon has left your daughter.” He cleans up his mess by doing what the woman asks, by providing what she needs, without taking credit, without superimposing his agenda on her.

This is a turning point in the Gospel of Mark, in the Jesus story. After this encounter it becomes much clearer that the Jesus movement is not simply going to be a return to a misremembered, purer past. It is going to be an expansive, boundary-breaking, ethnically-inclusive, anti-nationalist movement. Or at least the potential is there, however wrongly history unfolded thereafter. But this story remains to remind us that we are not called to be perfect, rather we are called to listen when voices pushed to the margins of society speak up and talk back to remind us that we are all heirs to the promise of abundant life, here and now, not just hereafter.

I didn’t like where the dividing line fell in this morning’s reading, because sometimes I am on one side of the line, speaking truth to power and other times I am on the other side of the line, parroting the worst of what our culture has taught me. I think these stories are meant to be told together, to remind us that all our dividing lines are false and dangerous, and that we cannot simply wrap them up in religious rationales and be satisfied with the ways things are. That real religion, pure religion, cares for all who are in distress and amends itself when we notice that it is we ourselves who have caused harm.