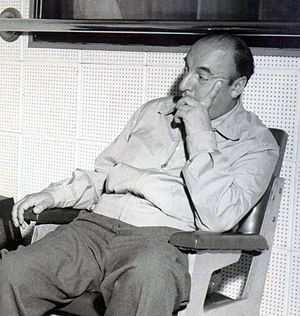 I don’t love you as if you were a rose of salt, topaz,

or arrow of carnations that propagate fire:

I love you as one loves certain dark things,

secretly, between the shadow and the soul.

the light of those flowers, hidden, within itself,

and thanks to your love the tight aroma that rose

from the earth lives in my body in darkness.

I love you without knowing how, or when, or from where

I love you directly without problems or pride:

except in this form in which I am not nor are you,

so close that your hand upon my chest is mine,

so close that your eyes close with my dreams.

6But from the beginning of creation, ‘God made them male and female.’ 7‘For this reason a man shall leave his father and mother and be joined to his wife, 8and the two shall become one flesh.’ So they are no longer two, but one flesh. 9Therefore what God has joined together, let no one separate.”

13People were bringing little children to him in order that he might touch them; and the disciples spoke sternly to them. 14But when Jesus saw this, he was indignant and said to them, “Let the little children come to me; do not stop them; for it is to such as these that the kingdom of God belongs. 15Truly I tell you, whoever does not receive the kingdom of God as a little child will never enter it.” 16And he took them up in his arms, laid his hands on them, and blessed them.

There all all sorts of moments when you feel your age, you know what I mean?  I’m sure that for Tim and Nicole today is one of those days.  You are no longer simply your parents’ children or your classmates’ friends, you are now becoming married adults.  That’s a new identity to slip into and, in time, fill out.

The same is true for your parents, who may understand cognitively that they aren’t losing their children today — but there is still something happening in this rite of passage that feels simultaneously like both a gain and a loss.  That’s honest, and fair enough to say, right?

But, and not to make this all about me, but kind of, yeah — this wedding is making me feel my age.  And I do mean this wedding and not just weddings in general.  When I first got here to St. Luke’s, where I’ve had the privilege of pastoring for the last six years, I was all of 33.  I didn’t feel all that removed in age from my parishioners, many of whom were in their early to mid-twenties and early thirties as well.

The first time I really understood my age in relation to the people I am pastoring may have been while quoting lines from the 1994 movie Reality Bites, which I saw during college, and then fielding the question, “that was Tina Fey, right?”  No.  It was Janeane Garofalo.

This generational divide between those of us in Generation X and those, like Tim and Nicole, in Generation Y came up for me again in preparing for today’s wedding.  Gen X, like those characters in Reality Bites are constitutionally snarky.  We are inherently suspicious of tradition, ritual and sentimentality.  Our version of public displays of affection is gentle mockery.

Not so with Generation Y.  Far more likely to adopt and espouse the values of their parents, Generation Y is described as being more trusting of authority and institutions — like, say, marriage.  Generally more optimistic and hopeful than their older counterparts, Generation Y embraces the value of cooperative efforts and brings a generally “can-do” attitude to both the home and the workplace.

I’ll just offer here as an aside that I realize I’ve completely left those of you who are Baby Boomers out of this conversation.  I know that’s very hard on you.  You’re not really used to being an aside, but just wait… it’s coming.

So, it may be hard for you to imagine this — me being a man of the cloth and all — but when I first read the selections Nicole and Tim have chosen for their wedding, a part of me just rose up in silent protest.  “So they are no longer two, but one flesh” — are you kidding me?  My generation was predictably reading Kahlil Gibran at every wedding, with his

“But let there be spaces in your togetherness,

And let the winds of the heavens dance between you.

Love one another, but make not a bond of love…”

No Pablo Neruda, that one.  Never the consummate abandon of

“I love you directly without problems or pride:

except in this form in which I am not nor are you,

so close that your hand upon my chest is mine…

I wanted to cry out, “stop!”  But then I read on, listening for the voice of divine wisdom in the continuing verses of Mark’s gospel where the story unfolds,

People were bringing little children to him in order that he might touch them; and the disciples spoke sternly to them.  But when Jesus saw this, he was indignant and said to them, “Let the little children come to me; do not stop them; for it is to such as these that the kingdom of God belongs. Truly I tell you, whoever does not receive the kingdom of God as a little child will never enter it.”  And he took them up in his arms, laid his hands on them, and blessed them.

It’s not immediately clear why Jesus goes from talking about marriage to talking about children, though in both cases he is teaches those who would listen something about the nature of family.  This provides a key as well to understanding what Jesus is perhaps imagining when he speaks of the kingdom of God.  Rather than imagining the reign of God in political or military terms, Jesus invites his audience to imagine the reign of God as being the kind of place where the small, the powerless and the overlooked will feel completely at home.  The kingdom of God to which Jesus invites us is the realm of love.

Which is why this is actually a truly perfect image for Nicole and Tim this afternoon — not just an image for their wedding, but for the marriage that stretches out before them.  “Truly I tell you,” we might paraphrase, “whoever does not enter into love as a little child will never enter it.”

Firstly, as I watch my godchildren at play, there are utterly in the moment.  They can be crying from hunger or pain one moment, but in the next they are laughing at the sight of bubbles or locomoting forward to pet a doggy.  This seems to come naturally to them, though not to us.  The wisdom children offer us as we enter into marriage is this:  don’t let yourself get stuck in any one moment of your life, and don’t keep your partner trapped in any one moment either.  Things will be said and done that will hurt, you will hunger for things in your relationship that seem to be missing.  Then time will pass, and so will many of your hurts and hungers.  Let them go, don’t drag them into each new moment.

Secondly, I see in my godchildren an amazing honesty.  When they are hurt, they cry.  When they are tired, they rub their eyes.  When they are happy, they smile and laugh.  This may not be much of a challenge for the two of you, since you’re members of Generation Y.  I know that, for my generation, we crafted a certain kind of mask to wear over all our feelings that looks an awful lot like boredom.  The problem is, no one can read what’s going on behind the mask.  Or perhaps they can, but they shouldn’t have to.  When you are hurt, tell each other.  When you are tired, ask the other to slow down.  When you are happy, laugh together.  Do this as often as you can stand.

Finally, at least so far, my godchildren seem to be approaching life with hearts wide open.  Passing bouts of stranger anxiety aside, they seem to believe that people are trustworthy, that they will be held — not dropped, that the next meal is on the way, that all the kisses on the forehead and goo-goo eyes and sounds are sincere.  Try your best to keep on believing this.  We’re all too intelligent to think that this will always be true, but — and this is the hard part — without belief it is almost never true.  The conventional wisdom is turned on its head, you actually have to believe it to see it.

That’s all the wisdom I have to offer you this afternoon, to bless you with on the day of your wedding.  And, like I said at the beginning, it’s mostly for me.  These are the challenges of my generation.  As I’ve gotten to know Tim and Nicole, I already see a couple who talk openly with both head and heart; who understand their pasts without clinging to them; who bring all the hope and optimism of their generation to bear on their budding marriage.  So, knowing you to possess all the wisdom of children, with the added blessings of age and experience, what remains is for us to lay hands on you and bless you as you go forward from this moment, which is what we now shall do…