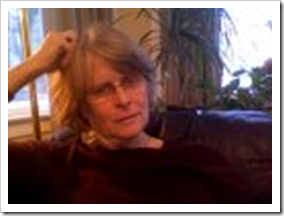 Thank you, once again, to all of you for being here this afternoon – to pay your respects to our friend, Sally; to show your love and support for her family; to celebrate her beautiful life and to comfort each other as we mourn her death.

When the family asked me to say a few words at Sally’s memorial service I was deeply honored, but the first thought that crossed my mind was, “isn’t this ironic?”

I met Sally not too long after I moved to Logan Square to begin my ministry here at St. Luke’s. She had been teaching yoga elsewhere in the neighborhood and was looking for a new home for her studio. I don’t remember exactly who referred her to us, though I later learned that she’d been coming to St. Luke’s for neighborhood meetings and community organizing events for decades.

One of the first things she wanted to make clear to me was that, though she had been raised Christian and had raised her children Jewish, she no longer affiliated with any organized religion. I assured her that I am very disorganized, and that the community here at St. Luke’s was quite open to the diversity of spiritualities alive in the world and not at all dogmatic about our faith. It was the beginning of a conversation between she and I that I grew to cherish.

Over the next few years I watched from my office as her yoga classes would assemble each Tuesday and Wednesday afternoon. She would often drop by before or after class to ask a brief question and we would end up talking for far longer than the answer required. I learned to appreciate her very careful, intentional, respectful way of asking a question. I observed that it was the same care she showed in the way she built her classes, which were so much more than just classes – they were communities of friends, who came to take care of themselves and along the way ended up taking care of each other.

When Sally came out of remission and it became clear that she could no longer teach her classes, she called me over to the house to discuss how we would make sure that the classes would continue. In her trademark way, she was careful not to presume anything – she didn’t want to assume that we would want to continue hosting the classes, she didn’t want to presume that they would continue on the same schedule.

But she was also gently insistent that the people who had become a community together would continue to have a home. I told her that, at the risk of offending her religious sensibilities, she’d established a ministry – which is just another way of saying that she’d decided to take charge of the health and well-being of her community by using her own gifts in her own way.

She accepted my gentle teasing very gracefully, and as I was preparing to leave I said to her, “Sally, I know I’m not your pastor, but I hope that I’m your friend, and I wonder if you’d welcome having somebody who has walked with others on the journey you’re about to take come and sit with you as you prepare to die.” And she said that she would.

That opened up entirely new chapters of Sally’s life to me, stories that many of you know so well because you lived through them with her. She told me about her childhood back east, and how she and her friends bartered with an older woman in the neighborhood who owned a large house with a pool and shuffleboard courts, I think. They would come in the evening and gather around the piano to serenade her with the old-time hymns like “Little Brown Church in the Vale,” and in return she would let them use her grounds for their weekend parties.

She told me about becoming a VISTA worker as a young adult, marrying Paul, moving to Logan Square and raising a family. That’s when I learned just how long she’d been involved in neighborhood politics and activism. She told me about some of the meetings in church basements, and working with the Logan Square Neighborhood Association, and starting a neighborhood newspaper. She told me about pushing Josh and Sarah around in their strollers as she went from business to business selling ad space in the paper, and about the years she spent doing that work. She gave so very generously of her life to the people of this community, and it was that kind of generosity that makes Logan Square such a wonderful place to live and work, learn and grow.

As her body got weaker, Sally and I began to talk about this day. Again, she was so careful not to presume anything – but when she asked if she could have her memorial service here at St. Luke’s we immediately said yes – though we understood it was her second choice. Her first choice would have been something so much simpler than all this brick and stone. She would have preferred that we all gather in a forest somewhere, to be surrounded by the green, living things of this world. So we talked about how to imagine this space as a forest for all of you. Maybe you can sense the tree trunks in the columns rising along the sides of the sanctuary, or the boughs of the trees in the canopy of chestnut beams above us. Maybe you have come with flowers and green, growing things from your gardens. That was what she hoped for. That is why her family has prepared seed packets for you to take home this afternoon and plant where you live, as signs of the new life that is always emerging when old growth falls.

And we talked about texts. Preachers love texts, we need them to craft our sermons, but I knew Sally wasn’t going to be asking for anything from the Jewish or Christian scriptures. I was right. Ever the children’s librarian, her mind went immediately to an illustrated children’s book by James Thurber, “Many Moons.” It was first published in the 40s, but I’d never heard of it, so I asked her to tell me the story. She said,

“well, it begins with a princess who has fallen ill, and her father – the king – is willing to give her anything she wants to make her better. So he asks her what would make her better and she says, ‘the moon.’ The king turns to his chancellor and his magician and his mathematician and asks them each to find a way to bring the moon to his daughter, but they can’t. Then the king calls for the jester who says, ‘why don’t we just ask your daughter?’ So they go to the princess and ask her, ‘how large do you think the moon is?’ And she holds her thumb up to the sky and says, ‘about the size of my thumb.’ And the jester asks, ‘and what is the moon made of?’ And the princess replies, ‘why gold, of course!’ And so the jester goes off and has a small golden moon made for the princess and hung on a necklace, and she receives it and is made well.”

I asked Sally why this story came to her mind, and she said, “we make things so much harder than they need to be.”

Simple gifts. That’s what Sally was offering to those who knew her, and to the world around her. Not complex doctrines, or intricate arguments, or clever strategies, but simple gifts. Except that we all know there is nothing simple about this way of living at all.

Friends and family all shared with me how Sally spent her life taking people under her wing and calling out their finest attributes – slowly, patiently, lovingly. It was that same careful, intentional, respectful manner that I’d learned to expect from her as she built her yoga practice that had characterized her life.

Not that she was perfect, she was aware of her faults. She lamented times she had pushed too hard on people or been unable to put words to rough places in a relationship, but she had also made peace with that. She said, “I’ve lived a longer life than many get. Though, of course, I wish it could have been longer.”

We honor Sally this afternoon in the way she wanted us to, very simply. With gifts from our gardens, and stories and songs. Next we’ll hear the song sung at her own mother’s funeral, and then Marilyn Clark will lead us in a brief meditation, focusing our attention on the simplest of things, our breath – though we know that on days like today, there is nothing simple about that either.

I give thanks for the gift that Sally was to all of you, that each of you was to her, and for her gifts that live on in all of us.

When true simplicity is gain’d,
To bow and to bend we shan’t be asham’d,
To turn, turn will be our delight,
Till by turning, turning we come round right.

Following the service, all are invited to join the family for a repast in Haberland Hall.