Let’s begin with a little bit of an explanation for how today’s worship service and sermon are like and unlike that to which you’ve grown accustomed. With Ash Wednesday this past week, we’ve now entered the season of Lent, the season in which the church has traditionally both prepared people to receive the sacrament of baptism and accompanied people through a period of intentional repentance and return to the faith. The name we give to the process of preparation for baptism and lifelong faith formation is catechesis, which literally means something like “instruction by word of mouth,” which points to the way our faith has been transmitted, person to person, over the centuries.

So, in considering how we might use this Lent to honor the church’s traditional observance of the season and to build on the local traditions we’ve been nurturing here at St. Luke’s, we’ve decided that for these five Sundays we will shorten our periods of speech and lengthen our periods of silence in order to strengthen our attention span for the sound of our own soul’s questions; we have selected music that can be sung without use of a hymnal and, for the most part (once you’ve picked up the simple tune and lyrics) with nothing in your hands; and we will be preaching shorter sermons directed towards teaching doctrine, followed by a period in which the entire assembly will be invited to reflect on a question in silence or by offering a brief thought or observation. You’ll get a chance to practice that in just a few minutes, so let’s begin.

This morning I want to talk about the doctrine of sin, which always seems to me to be one of the simplest yet most freighted topics in the church and among people — whether they are Christian or not. It is the thing with which people who make no claim to Christian faith assume those of us who do are obsessed. It is a source of great pain and shame for people who have been taught to believe that something about their very being is disordered. 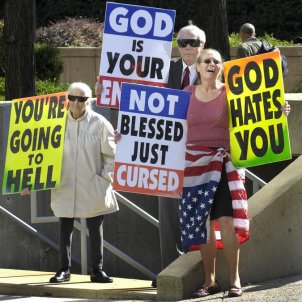 It is the bucket into which every oppressed community has been dumped at one time or another: women, Black people, queer and gender non-conforming people, even peace activists practicing non-violent civil disobedience. In other words, sin is a theological concept that too often gets used by people in a majority to stigmatize and punish people in a minority.

However, the fact that a tool or a concept has often been misused does not make it inherently wrong or useless. Jesus himself had to address this dynamic many times during his ministry. From Matthew’s gospel we remember this awkward metaphor,

It’s not as simple as saying we cannot, or should not, comment on another person’s conduct or another name another person’s sin, but the emphasis is clearly on attending to our own self-examination.

This is where I think the topic of sin is simplest. However uncomfortable we may be with how the concept of sin has been used or misused, most of us can acknowledge that we ourselves are sinners, in both the personal and the collective sense. If we examine our conduct over the course of even an hour, we can sense how we have hurt ourselves or others by our thoughts, words, and deeds; by things we have done, and things we have left undone.

The temptation to sin is the focus of the story we hear this morning of Jesus wandering in the wilderness for forty days and nights, which is why some version of it is traditionally read on the first Sunday of Lent. The strong connection between the ideas of sin, temptation, and desire have often confused us, I think. We have grown too suspicious of desire as the sign of sin, when desire itself is quite natural. We are created to desire food, to desire love, to desire touch, to desire community.

The sin in the devil’s temptations is not connected to desire itself, but the nature of Jesus’ own baptismal vocation. In the waters of the Jordan, Jesus was revealed as God’s own Beloved, come to announce salvation and give himself away for the sake of the whole world. In his wilderness temptations Jesus is faced with a more personally enriching use of his life: feed himself, preserve himself, join the powers of the world as it is rather than calling them to become what they were meant to be.

This is one definition of sin: our participation in or collusion with the powers and forces that draw us away from the fullness of our humanity. The violence we do to ourselves and others when we forget that each of us bears the image and likeness of God. In baptism, each of you has been named children of God, good and loved by God. In baptism, each of you has been joined to the death and resurrection of Jesus, freeing you to give your life away in the present age so that all of creation can experience the life, love, and liberation that is its God-given birthright.

How has sin obscured the image of God revealed in your baptism?

How has sin tempted you away from your own baptismal vocation?

These are real questions you are invited to reflect upon now. You might choose to sit with them in silence, or to write down some thoughts on your bulletin or in that journal you keep in your bag. As you listen to the sound of your own soul’s voice, you might decide to share a word or a brief thought aloud. We welcome that. If that happens, I encourage us to hear what is offered not as an idea to be challenged, but as an offering to be appreciated. And it may be that we will simply share a few minutes of silence, in which we leave space for the Holy Spirit to continue its work in us.

How has sin obscured the image of God revealed in your baptism?

How has sin tempted you away from your own baptismal vocation?

Pastor to the Community & Director of Worship at Lutheran School of Theology at Chicago (LSTC) in Hyde Park, Chicago. View all posts by Erik Christensen