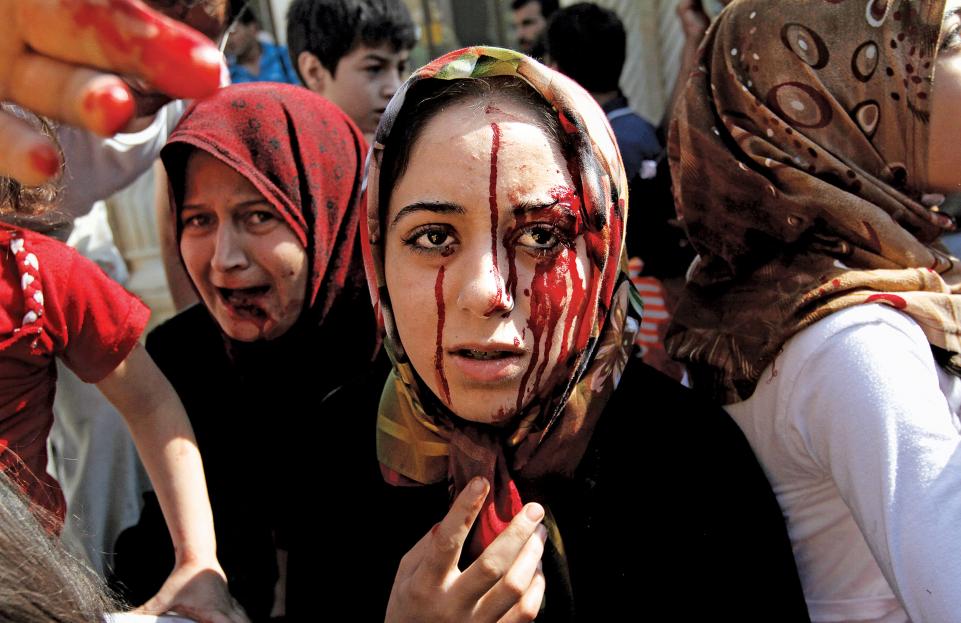 I’m trying to imagine what Mary might have felt, her fate in Joseph’s hands, as he discovered that she was with child — though not by him. To hear the story that the gospel of Matthew is telling I have to forget what I know of Mary from the gospel of Luke. There is no annunciation, no brave response, no conversation between the mothers of Jesus and John. Instead, Matthew’s tale focuses on Joseph’s role in saving the life of Mary, which saves the life of Jesus, which saves the life of the world.

Mary was trapped. By law, she could be tried publicly and executed by stoning for becoming pregnant while engaged to another man (Deut. 22:23-27). Matthew doesn’t narrate the process by which her pregnancy becomes known to Joseph. It says, “she was found to be with child from the Holy Spirit.” (Mt. 1:18c) How was she found this way? Did she share this secret news with Joseph himself? Or with her mother? Was there a quiet conference, at which Mary’s father pleaded with Joseph to spare her life? Did she have siblings? Were there younger sisters eavesdropping on panicky whispered conversations, absorbing the reality of this moment, learning that their bodies were not their own?

I don’t know if it’s an apt analogy or not. Maybe it’s just that the horror of Aleppo demands to be named, but when I try to imagine what Mary might have been thinking or feeling as she waited to discover how Joseph would respond to news of her pregnancy, as she envisioned her neighbors gathering at the town gate to hurl stones at her until she fell dead, my mind keeps going to the videos being posted by citizens of Aleppo, hiding in place, waiting for government forces to find them and kill them. Lina Shamy looks to be no more than 16 as she records herself saying, “this may be my last video.” Fatemah tweets, “Final message — people are dying since last night. I am very surprised I am tweeting right now & still alive.” Monther Etaky’s eyes droop and his voice flattens into a monotone as he reports that “there’s a lot of families, women and children living here, afraid about what will be if all the city captured.” A man identified only by his Twitter handle (Mr_Alhamdo) posts video that sounds like the obituary for a movement: “Exactly yesterday there were many celebrations on the other part of Aleppo. They were celebrating on our bodies. It’s ok, this is life. At least we know that — we were a free people. We wanted freedom. We didn’t want anything else but freedom. You know, this world doesn’t like freedom.”

If the Mary whose voice I learned from the gospel of Luke could be heard today, I imagine she would sound like that. Like the voices of young women and men, heartbroken by state-sanctioned violence, crying out for freedom. If I could speak to them right now, if I could send a messenger from the LORD, I would want them to hear what angels said to Mary and Joseph, “be not afraid!” But how can we command courage in the moment of annihilation?

Instead, in Matthew, we get the story of Joseph. In this telling the angel speaks to Joseph, calling him by name, “Joseph, son of David, do not be afraid…” (Mt. 1:20)

“Son of David” is not a common title, it’s not a fancy synonym for “Israelite.” The angel is reminding Joseph of his lineage, a lineage that has just been recounted as the opening to Matthew’s gospel which begins, “An account of the genealogy of Jesus the Messiah, the son of David, the son of Abraham.” (1:1) The word we translate as “genealogy” in Greek is “genesis,” it means “the birth,” “the nativity,” “the origin.” Of course, we hear the word “genesis” and we think of the first book of the Bible, the story of creation, how something came to be where before there was nothing.

Matthew’s genealogy offers us a hint at how this happens, how something comes into existence where nothing had previously been. First he calls Jesus “son of David, son of Abraham.” Then he calls Joseph, “son of David” — but only after making it clear to us, the readers, that Jesus is not Joseph’s son. Which makes the entire genealogy suspect. Who else may have cheated their way into David’s royal lineage?

If we read closely, we begin to notice that far from being an argument for patriarchy, Matthew’s genealogy is unveiling the interruptions in power that led to Jesus’s birth. First there was Tamar, the mother of Perez and Zerah, by Judah. Tamar’s life was also nearly ended by a pregnancy outside of marriage, but by her own tenacious wit she secured a place for herself in the house of Judah.

Then there was Rahab, a Caananite prostitute who makes her way into the lineage by showing faith in the God of Israel and helping deliver the city of Jericho into Joshua’s hands. Her story is seen as a rationalization for how the law of Moses (the same law that condemned Mary to death) could be bent, since Deuteronomic law forbids intermarriage between Israelites and Canaanites, but there it is: intermarriage in the lineage that led to David, and then to Jesus.

Rahab’s own son, Boaz, fathered Obed by Ruth — yet another outsider, a Moabite. You may remember her story: faithful to her mother-in-law, Naomi, Ruth follows her back to her homeland after the death of their husbands, endures poverty, and ultimately secures for them all a future by marrying Boaz. Their grandson is Jesse, the father of King David.

Therefore, when the angel greets Joseph, “son of David” — it is as if God’s messenger is reminding him, “You, who hold the life of this woman in your hands; you are descended from not only from kings and rulers of men, but from women and survivors of oppression. Your foremothers resisted the stories told about them and found ways to survive in the face of neglect, exploitation, poverty, and lust. Now you, Joseph, now you hold the fate of this woman in your hands and the life of her unborn child.”

I’ll admit that part of the reason I love Luke’s gospel is because in the song of Mary we hear the song of the oppressed crying out for freedom, like the voices of the Syrian rebels crying “freedom” as death marches ever closer. I like to hear my song in her Magnificat, my liberation in her rallying cry.

But to the Syrians, and so many others, we are more like Joseph — living in a moment of a critical decision: will we remember that we, too, are the products of so many forgotten moments of resistance? Will we shed our fear, our xenophobia and our apathy to come to the aid of those sentenced to death? Or will we choose to remember our history as one of national privilege, ethnocentrism, and impermeable borders?

“When Joseph awoke from sleep, he did as the angel of the Lord commanded him; he took [Mary] as his wife, but had no marital relations with her until she had borne a son; and he named him Jesus” (Mt. 1:24-25) — which means “God saves.” A choice, to spare and not to condemn, by which we Christians say the whole world was saved, and a new world began. A new family in which power is not allotted on the basis of gender. A new genesis, a new lineage in which race and nation no longer define us.

You know what time it is. Now is the moment to wake from sleep. Tell me, dreamers, who will you claim as members of your family? How will our witness as the body of Christ, the products of a gloriously mixed lineage, interrupt the stories told by those in power? How will we unveil the truth that we all belong to each other? What worlds will be saved by the lives you spare?

Do not be afraid.