We feel the split throughout our life together as a nation and it is reflected in the divided Supreme Court, which delivered a ruling this week that denies protections from deportation to more than four million undocumented people living in the U.S., most of them parents of U.S. citizens, families now living under the daily shadow of being separated from one another. (2) We feel it in the irrational divide between the 90 percent of Americans who support expanded background checks for gun purchases and the continued failure of our elected government to act on the will of their constituents.

These deep canyons between us are widening and spreading. While we were in Barcelona, Kerry and I saw posters on every street for the campaign for Catalonian independence from Spain. British voters have now decided by a very narrow margin to secede from the European Union, immediately prompting calls for new referendums in Scotland and Ireland about their futures in the “United” Kingdom.

And we feel it in the church, where seven years after the ELCA moved to allow for the rostering of LGBTQ people and local control over which relationships congregations will or will not choose to bless with marriage rites, we still exist in a state of limbo that does not allow us to say without reservation that LGBTQ people are of sacred worth, created in the image and likeness of God, and that our relationships are as holy and healthy as anyone else’s (which, of course, we would then need to follow up by acknowledging that our relationships are as strained and stretched and painfully broken as anyone else’s as well).

In her letter to the church following the massacre in Orlando at a gay bar that left 49 queer Latinx (3) people dead, Bishop Elizabeth Eaton told the church:

Our work begins now. We need to examine ourselves, individually and as a church, to acknowledge the ways we have divided and have been divided. We must stand with people who have been “othered.” We must speak peace and reconciliation into the cacophony of hatred and division. We must live the truth that all people are created in God’s image. (4)

This is our work to do as Christians, because we bear Christ’s name, and because we have been baptized into his life, his death, and his resurrection. To illustrate the point, we need look no further than the passage we’ve already read this morning from the gospel of Luke.

The scene opens, “When the days drew near for Jesus to be taken up, he set his face to go to Jerusalem.” Here we are to understand that Jesus faced his future with no uncertainty about what was to come. His confrontation with empire would be his death, but not his end. The phrase “he set his face” is an echo from the prophet Isaiah who confidently professes, “Therefore I have set my face like a flint, and I know that I shall not be put to shame; he who vindicates me is near.” (Isa. 50:7) Like prophets in any age, Jesus knows that his ministry will provoke opposition and he draws strength from his confidence that God is with him in his work.

But Jesus takes the direct route, leading his community straight into Samaria where they unsurprisingly are not well received. Think about this though. Knowing he was headed for a world-changing confrontation in Jerusalem, Jesus still opted not to avoid conflict with the people and communities along the way, but to move through the world not making distinctions between his people and those other people, between his followers and his skeptics. What a different style of leadership and communication than what we’ve grown accustomed to, than we have adopted as our own.

Furthermore, once he is rejected Jesus’ followers ask, “Lord, do you want us to command fire to come down from heaven and consume them?” In our present age of aggression, flame wars on the internet are a daily fact of life — the natural byproduct of a culture of micro aggressions and interpersonal violence both large and small. We are experts at dismissing one another. We are primed for retaliation. But Jesus refuses to engage in their ongoing war with one another, instead turning to rebuke them.

The way so many of us have learned to make a home for ourselves in the world is to figure out who is for us and who is against us, and then to fortify the walls that separate us. We find our security in surrounding ourselves with like-minded people who share our opinions, our politics, our prejudices, our language, our religion, our skin-tone, and we call that home. Could this be what Jesus means when he says, “Foxes have holes, and birds of the air have nests; but the Son-of-Man has nowhere to lay his head;” that to follow Jesus is to give up the safety of like-minded community, and to take the direct path to engagement with the people you’ve been conditioned your whole life to avoid?

I feel like I end up preaching some version of this sermon over and over again every four years, as the national elections heat up. It’s baked into our political process, this culture of negativity and demonization, and we all get sucked in so quickly. We surround ourselves with like-minded people, and we call down fire upon one another.

How’s that working for us? Has it stopped the gunfire in our neighborhoods? Has it slowed the rate of homicide in our city? Are we feeling any safer?

As the city gathers this afternoon to remember the Stonewall riots that took place in New York City 47 years ago that gave rise to the modern LGBTQ civil rights movement, I am reminded that the single action taken by millions upon millions of gay, lesbian, bisexual, transgender, queer, intersex, Two-Spirit, gender non-conforming people and their allies to change the world was coming out. Telling their story to parents and siblings, friends and co-workers, neighbors and elected officials. It was an act of radical vulnerability. It was the willingness to share their truth with the very people who had too often proven to be untrustworthy, but to do it anyways. 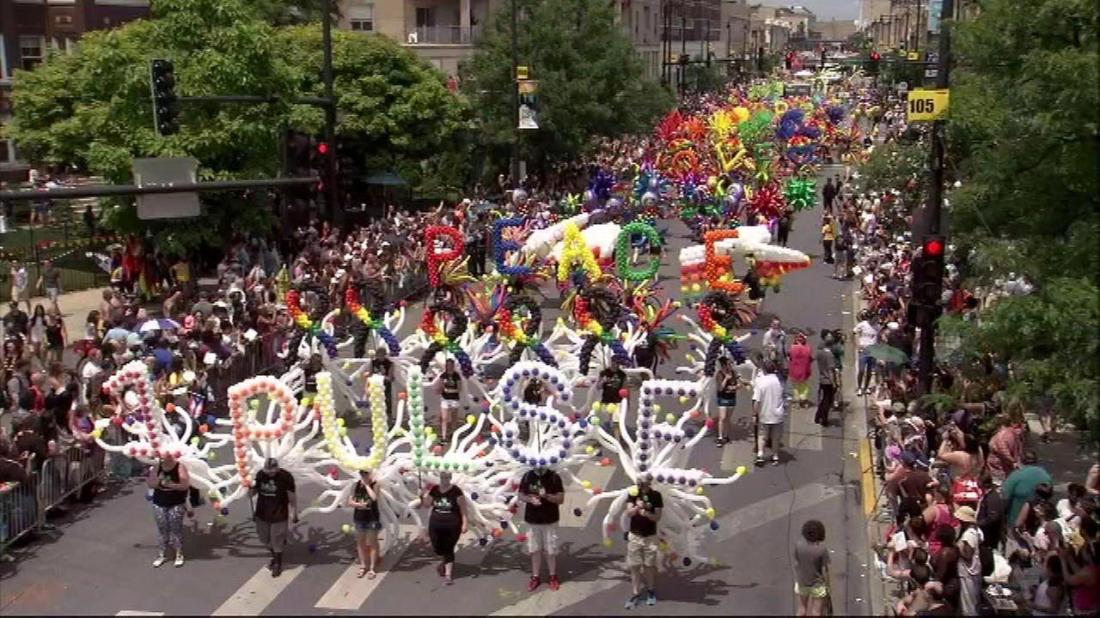 It’s not just the 49 queer Latinx sisters and brothers we’re remembering this year. It’s the children at Newtown. It’s Freddie Gray and Sandra Bland. It’s Aurora and Columbine. It’s Tijuana and Juárez. It’s the 6 year old girl shot here in Logan Square, slowly working her way back to health. We honor them best not by doubling down on the tactics of division, but by coming out from behind our walls to tell our stories, to listen to one another, to find the common ground between us — no matter how thin that isthmus of understanding may be — and to begin again the work of building the home large enough and safe enough for us all.

Jesus says, “let the dead bury their own dead; but as for you, go and proclaim the dominion of God.” It sounds callous at first, but I think in his own way he was saying what I’ve heard so many saying once again in the last two weeks. “We don’t need your thoughts and prayers. We need change.” The dead are gone, and we honor them best by fighting like heaven for the lives of those who remain. When the world is on fire, we don’t need a monument to firefighters, we need water — more water than we’ve ever dared to imagine — to pour down and save us.

You baptized people of God. You are God’s water. We are God’s water. We pray with our feet. Our pride is in the God of Israel and Judah, Galilee and Samaria, citizens and the undocumented, Native and colonizers, Black and White and Latinx and Asian, Democrats and Republicans, Britons and Europeans, straight and cisgender and the whole rainbow of folks who are not. Our God is the God of the living and the dead, and since we can count on God to care for those who have passed on from this life, we are free to fight for those still here and yet to be born.

(3) Latinx (pronounced: La-teen-ex) being the name that some trans and gender non-conforming people of Latin American descent have chosen for themselves as a way of moving beyond the gender binary woven into the Spanish language.