When we left Jesus and the disciples two weeks ago he’d just sent them out in pairs to extend the work of healing the sick and casting out demons that had built him such a following. You’ll remember that after calming a storm, exorcising a spirit, healing a woman who’d been hemorrhaging for years, and bringing a girl back from death, Jesus returned to his hometown and was so limited by the prejudices and expectations of the people who had known him the longest that he could barely accomplish anything there. So he sent his followers out together, traveling light, and they were astonished at the miracles of healing and liberation they were able to accomplish.

This morning we hear that, upon their return, Jesus invites the disciples away to a deserted place so that they can rest. Doesn’t that sound lovely? A deserted place for resting after a season filled with such hard work. I want that for us.

Mark’s gospel says that the disciples were so busy with the great multitudes of people coming and going that they barely had time to stop and eat with one another. So he puts them in a boat and together they find that place of rest. I want that for us as well, that place of rest. 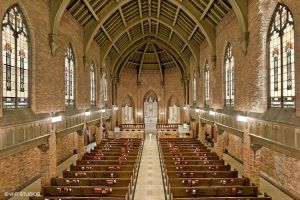 For a long, long time this has been that place. Our sanctuary is filled with symbols and our worship with practices that echo story after story from scripture. For over a century St. Luke’s has gathered in this room that, like so many other Christian sanctuaries, is shaped like a great boat. When we are in this room we are back in the ark, being carried safely over the waters to new life (Gen. 7-8), we are the disciples sheltered from the storm (Mark 4:35-41), and carried to a deserted place so that we can rest and eat with one another (Mark 6:30-32).

That rest is so important because we are working so hard, every day, to do the work God in Christ Jesus has sent us to do. When we work to set food on the table, we are feeding the hungry. When we wipe the noses and change the diapers, we are healing the sick. When we listen to the complaints of our colleagues and cooperate to create workplace conditions that are fair, we are casting out demons. When we sit with those who are dying, when we tend to those who are ill, when we visit those who are in detention in southern Illinois or along our southern border. When we call our sponsor, or take the call from the person who’s only got a week of sobriety under her belt. And most of the time we do all of this and so much more without thinking too hard about it. We have the faith that is in us, the story of God’s action in our own lives, and the willingness to offer whatever time and resources we can muster in the moment. We are traveling light through each day, and somehow God multiplies what we have to offer into exactly what is needed.

At the end of each day however, we need rest. And at the end of each week, we need to gather in the boat and withdraw to someplace quiet where we can be fed and renewed. For many of us in this room, the church has been that place.

In a world in which so much is changing so rapidly, it is understandable that we long for some things to remain the same.  The kids are growing up so fast — one day they’re learning how to read and the next they’re asking you to teach them how to drive. Our workplace culture is not what it used to be. Gone, for the most part, are the days of lifelong employment with a single company that treats its workers like family.  The neighborhoods in Chicago change just about as often as the weather anymore, with money and real estate development moving as fast as a summer rainstorm. 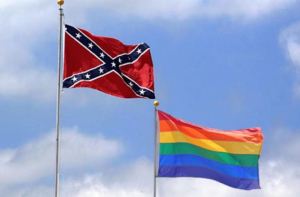 Our nation embraces new norms around gender and marriage, and watches as symbols of racism are finally removed from state buildings even as the violence they represent remains deeply entrenched.  Countries once treated as enemies have become allies, and then enemies again. Nothing stays the same. But at least our church, won’t it still be there for us?

After fighting a series of wars with neighboring tribes and then internally in a civil conflict that split the people of Israel, King David brings Israel and Judah together and consolidates his power by establishing his throne in Jerusalem. As he does so he decides to build a temple so that God will have a home as stable and enduring and grandiose as David imagines his reign will be. God has something else in mind.

“I have not lived in a house since the day I brought up the people of Israel from Egypt to this day, but I have been moving about in a tent and a tabernacle,” says the LORD our God, reminding the people of Israel that it was they who had demanded a king, and they who had gone to war, and now they who sought to plant God in a single place and domesticate God like the sheep they kept in their fields. But how do you build a house for the creator of heaven and earth? How do you domesticate the very God who raises up shepherds to lead the people? The answer is, you don’t.

This past week, as the Council reviewed the offers we’d received for our building, we looked at the terms and finally selected a buyer, New Community Covenant Church, a congregation that has been working and worshipping in this neighborhood for over a decade now.  In their offer, New Community proposed a set of terms, some of which we accepted (such as the price) and some of which we negotiated (like the moving date).

There’s a negotiation going on between God and King David as well.  Though God shares David’s desire to strengthen and reaffirm the relationship between God and God’s people, there are terms that still need to be worked out.  David wants to build God a house and keep God stationary.  God wants David to remember that it is God who has been acting throughout history to give the people a future, and that it will be God who provides a house for Israel and not the other way around. God gestures to the future, and says that the house that will last will be formed will not be made of cedar but of people who will be knit together into one body and shepherded by a ruler whose reign will never end.

The same is true for us.  Although we may desire a relationship with God that comes with the promise that nothing will change, that is not the God we worship. We worship the God who creates something out of nothing. We follow the God of the tent and the tabernacle, a God who is at work in history, always moving from the center to the margin. We are members of a nation that began when God called Abraham to leave his home and set out for lands he’d never seen. We are descended from those who were liberated from the captivity of comfort and learned to be free by wandering in the wilderness. We are a part of the generation that has returned from exile to rebuild the church. We are the ones Christ called to leave our nets and follow. We are members of the body that finds new life on the other side of every death. We are God’s own people (Eph. 1:14).

At the beginning of his most famous work, his Confessions, Augustine of Hippo writes, “God, you have made us for yourself, and our hearts are restless until they find their rest in you.” It is God who is calling us to risk becoming new people in a new place; and God who will go with us when we leave this beautiful sanctuary in search of new places and new ways to worship the One whose presence is unchanging; and it is God who is the far shore, the deserted place, where our hearts will ultimately find rest.