When I was four years old my parents put a quarter-sized violin under my chin and started taking me to Suzuki lessons once a week.  In an instant, a star was born.  Anyone who’s taken Suzuki instrumental lessons knows that once or twice a year, no matter how little you know, you are expected to stand before your teacher and your peers and perform in a recital.  And so it was that I, not even five years old and having only recently mastered the art of holding on to a violin and a bow at the same time, performed in my first violin recital.  They had a small group of us, six or seven children, come to the front of the room and squeak out our painful rendition of “Twinkle, Twinkle, Little Star.”  There just happened to be a reporter in the room that day, so the moment was immortalized in a local Trenton, NJ newspaper and subsequently pressed into a scrapbook which now rests somewhere in my parents’ home in Des Moines, IA.

Now that I’m learning to play the guitar some thirty-five years later, imagine my surprise when one of the first songs my instructor used to teach me how to pick out melodies was the ubiquitous “Twinkle, Twinkle.”  What is it that makes this song such an international reference point for music instruction?  Surely not the lyrics:

Twinkle, twinkle, little star. How I wonder what you are!

Up above the world so high, like a diamond in the sky.

Twinkle, twinkle, little star. How I wonder what you are…

Yet, it must be admitted, there is something timeless about the theme.  Across time and space, humanity has looked up at the skies and wondered what we were looking at. 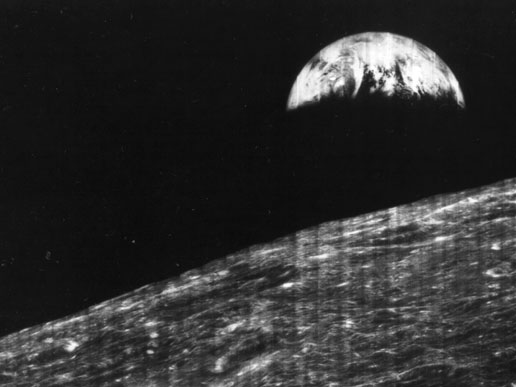 As we turn our attention this week to the theme of the sky as we continue through our five week Season of Creation, we should remind ourselves that it wasn’t until the mid-1960s that humanity got its first glimpse of our planet from outer space.  We live among the first generations of humanity able to look up at the sky and to visualize what lies beyond.  For our ancestors, the simple song’s question, “how I wonder what you are” was quite sincere.

Scripture begins with an account of the creation of the sky in the first chapter of Genesis.  In fact, the first verse of the first chapter of the first book of the bible begins, “In the beginning when God created the heavens and the earth…” (Gen. 1:1).  In the creation story told in Genesis 1, God creates the skies by separating the waters above from the waters below, reflecting an ancient belief that the dome of the sky held back the waters that fall on the earth as rain.  In that account, the skies were an integral part of creation — connected to everything else God creates: land and plants and creatures and humanity.

“My anguish, my anguish! I writhe in pain! Oh, the walls of my heart! My heart is beating wildly; I cannot keep silent; for I hear the sound of the trumpet, the alarm of war. Disaster overtakes disaster, the whole land is laid waste.” (Jer. 4:19-20a)

To Jeremiah’s prophetic eye, the earth and the sky reflect the chaos brought about by humanity’s warring.

Today the damage done to the environment and, in particular, to the sky by human warfare is no less chaotic, but exponentially more destructive.  Some of the damage done is obvious, as when the United States detonated atomic bombs in Japan during the Second World War, turning the sky into a carrier of radioactive fallout that poisoned land, water and those who survived the blast.  Other damage is less immediately visible, as when U.S. and Iraqi forces tore apart the natural gravel holding the underlying Kuwaiti soil in place in the early 1990s, turning the sky into an enemy of the earth and its creatures as accelerated wind erosion destroyed vegetation and eliminated the natural habitats of numerous species.

But the damage done to the earth and its creatures by our neglect of the sky is not limited to times of war.  Beginning in the late 1970s, scientists began to observe a steady decline of about 4% per year of the earth’s total volume of ozone in the atmosphere.  Ozone is what protects the earth, and its creatures, from the harmful effects of UV radiation — which has been directly linked to cancers like melanoma, cataracts, and the destruction of oceanic life low on the food chain that serve as the foundation for larger, more complex species of fish and sea mammals.

The lessons this morning remind us of the same truths we continually struggle to accept — that we are all connected to one another, that what affects one of us affects all of us.  So often we hear this wisdom as a statement about humanity, even our biblical and theological imaginations are trained to interpret passages like “so then, putting away falsehood, let all of us speak the truth to our neighbors, for we are members of one another” (Eph. 4:25) and the sacrament of baptism itself as being narrowly limited to the human experience.

The writer of the gospel of Mark saw things differently.  As Jesus hangs upon the cross the skies return to darkness, the state of being before God began the work of the creation.  In Jesus, the new creation is not limited to humanity and human relationships, but extends to the whole creation and the web of relationships that sustain all of us in relationship to earth and sea and sky.

As those who have been given stewardship of the earth, not dominion over it, humanity is both uniquely able and responsible for prioritizing the care and restoration of earth and sea and sky.  Twenty five years ago the United States signed onto the Montreal Protocol, an international treaty aimed at reducing the amount of synthetic substances being released into the atmosphere that were leading to the depletion of the ozone layer.  As a result of this treaty, cited by former U.N. Secretary General Kofi Annan as “perhaps the single most successful international agreement to date,” the ozone layer is expected to recover by the year 2050, within our children’s lifetimes.  This demonstrates our ability to make a significant impact on the health of our planet home when we find ways to work together across lines of national difference for the common good.

Unfortunately, the Montreal Protocol is only a first step.  As one set of human-made emissions was banned under this treaty, a new category of emissions known as hydroflourocarbons (HFCs), a known cause of global warming and climate change, have taken their place as a threat to the planet.

Writing to the community of Christians in Philippi from prison, the apostle Paul exhorts them to model themselves on the example of the Lord Jesus Christ, looking “to the interests of others.” (Phil. 2:4)  In a time filled with war, a time in which the toxic effects of empire and its expansion could be felt by the earth itself and those living closest to it, Paul compared those who followed in the way of Jesus “stars,” shining as a witness to the world.

As we gaze into the skies with our children and grandchildren, our nieces and nephews, hearing their wonder at the twinkling stars scattered across the dome of the heavens, let us be reminded by their wonder of the charge given to us at the creation of the world — to be good stewards of all that God has made; and when the waters of our baptism fall fresh upon us as we gather for worship, let us be reminded that these same waters fall from the skies upon the land, the sea, and all God’s creatures — making us one with each other and all creation.