It’s felt this past week like the seasons are changing. This is odd, because it’s February and we’ve enjoyed such a mild winter so far. But, as Joyce and Tina and I stood in my study earlier this week, watching the snow fall, we couldn’t help but feel a little bit sad that the warm weather, which had been such a welcome guest, had decided to move along.

The seasons in the church are about to change as well. Following the twelve days of Christmas that culminated in the festival of Epiphany, we’ve been enjoying a short season of Ordinary Time, a brief window of green in the Church’s annual cycle that will come to an end a week from this Wednesday when we enter into the season of Lent. Like the warm weather this winter, the Time after Epiphany has been a welcome burst of green during grey days and long nights. During this season we’ve heard how Jesus called his disciples together and guarded them while at sea. We’ve seen Jesus healing – in the synagogue and in the home. 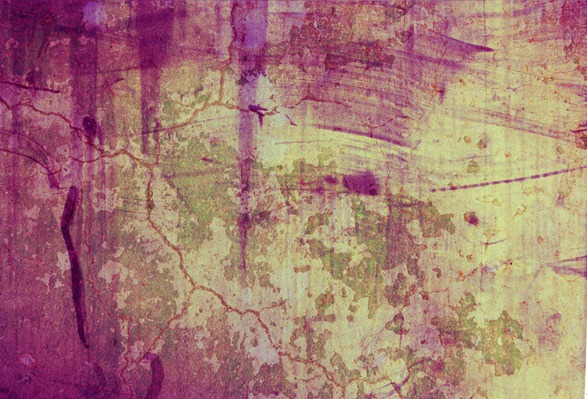 Today, as we begin to pivot from a season filled with the green of new life into the deep purples of Lent, and the mysterious majesty of Christ’s suffering with the world, the colors begin to blur together. Healing and suffering begin to trade places.

The story from Mark is quite short, only six verses. We’re told that a man with leprosy comes begging to Jesus for healing, and Jesus heals the man. Jesus then sends him off to the temple so that the priests there can certify that he has been healed, and commands the man to tell no one else what has happened. The man does not obey Jesus’ command however, and tells everyone what has happened to him. Not surprisingly, people from all over begin coming to Jesus to be healed.

Like many Jesus stories, there are some features to this one that don’t immediately make sense to us. We’ve been taught since Sunday School that Jesus is a healer, one of his traditional titles is “the Good Physician.” Why then would Jesus command the person he has healed to remain silent?

This is not the first time Jesus commanded silence about his identity and his work. If you were here last week, you’ll remember that after Jesus healed Peter’s mother-in-law people began to bring the sick and the possessed from all around. The gospel reading for last week concluded, “And he cured many who were sick with various diseases, and cast out many demons; and he would not permit the demons to speak, because they knew him.”

If that had been the only time Jesus had commanded silence, we might have been left to assume that his actions were connected to demonstrating his power over any force that moves against God’s purposes of healing and reconciliation. But then we get this story. Jesus heals a man with leprosy and commands him to tell no one what has occurred. His warning not to speak comes after he has been healed, so we know Jesus is not addressing an unclean spirit, but the man himself. Why would he do this?

This theme in Mark, Jesus’ emerging pattern of performing significant actions that reveal his power and then commanding those who witness his actions to keep their silence, has a name. It’s called the “Messianic Secret,” and it’s a subject that fascinates both casual readers of the bible and those who spend their whole lives studying it, because it runs so contrary to what we see in the world around us. The morning paper and the nightly news are filled with accounts of people doing great things, for themselves and for others. People who are in the habit of doing great things often have press agents who help get that story out. People who do great things are quickly elevated to positions of power and authority so that they can do even greater things.

So, what is it about Jesus that compels him to try and keep people from sharing too quickly who he is and what he’s about? Is it humility? Is Jesus like the everyday hero who performs acts of great courage or compassion, but shirks away from congratulations? Is this Jesus’ version of, “aw shucks, it was nothing…”?

We suspect that there’s something else here, something more than simple modesty. Something deeply connected to who Jesus is, and what he’s about. You recall from last week’s gospel reading that after healing many of the people who’d been brought to him, Jesus retreats to a deserted place to pray. He seems to be spending time in communion with God, looking for the best next step. We all expect him to return with the disciples to the crowd of people who are now searching for him. Instead he says, “let us go on to the neighboring towns, so that I may also proclaim the message there also; for that is what I came out to do.”

So this is what Jesus is trying to accomplish. He wants to get into the cities and towns so that he can proclaim the reign of God come near.

But to get into the cities, he must first pass through the wilderness outside the cities, and the margins where those not allowed into the cities are forced to dwell. People like this man with leprosy, a person who was called a leper.

Every identity carries with it its own peculiar perspectives on life, but some are privileged and others are stigmatized. In Jesus’ time, to be a person with leprosy meant you were not allowed to live within the walls of the city. When clean people approached, you were required to loudly announce that you were unclean so that you would not infect them. No one expected a leper to become clean, so having leprosy was often a lifelong exile from family, friends, and community. Only if the priests in the temple examined you and found you to be clean could you re-enter the city, rejoin the world of the clean.

And Jesus wanted to get to the city. He had a message to deliver there, a message about a new way of ordering life together that he called, subverting the language of his day, the kingdom of God. But what kind of messenger would he be if he came with news of an in-breaking equality, but passed by the human beings suffering at the margins of society.

Sisters and brothers, if you’re wondering what this good news is that we keep talking about in church, this is it in its simplest form. The God revealed in Jesus does choose. God chooses you. God chooses us all.

Maybe you know what it’s like to live in the margin, but the good news is, God’s movement doesn’t pass you by. God stops and God sees and God hears your prayer, “if you choose you can make me clean. You can heal my life. You can restore my faith. You can mend my heart. If you choose…” And God in Christ Jesus replies, “I do choose.”

The healing exchange between Jesus and the man with leprosy goes deeper than we first notice, as the man runs back into the city, reunited we can suppose with his family, restored to his community. Now who lives in the wilderness, in the margins, outside the city? It is Jesus, taking his place.

This is where we see the greens of this season beginning to bleed into the purples of the next. The green of new life mixed with the regal violet reserved for kings. This is what the kingdom of God looks like. This is why God, revealed in Christ Jesus, is a different kind of king. The majesty of God does not live in a castle, behind a city wall, but dwells in the wilderness, joining us and all who suffer. Taking our place.

This is a part of the Messianic Secret that will unfold over the season of Lent, so I don’t want to give too much away too soon, but I think the first clue is found in the last half of the last verse of our very brief Gospel reading this morning. Jesus heals the man with leprosy, and instructs him to tell no one. I think perhaps Jesus instructs him to tell no one because he knows, once the word gets out, he will never get into the city. He will remain always in the wilderness, at the margins. How will he accomplish what he was sent to do? But the last half of that last verse glimmers with the light first seen at Epiphany. It reads, “and people came to him from every quarter.”

Jesus Christ, whom we have celebrated as the Light of the World, whose Transfiguration will fill our sanctuary next Sunday, shines brightly here again. The one who is a light to the nations illuminates even, and especially, those without a nation – the dispossessed, the disowned, the displaced, the diseased. And where Jesus is, a new nation, a new kingdom, a new family, a new body, a new creation is coming into being.

Here’s what happened. Here’s what happens. Jesus takes our place, and builds the new community in the countryside. Jesus occupies the margins until they become the center. All of you, all of us, each part of us, our whole selves, finally and at last at home.