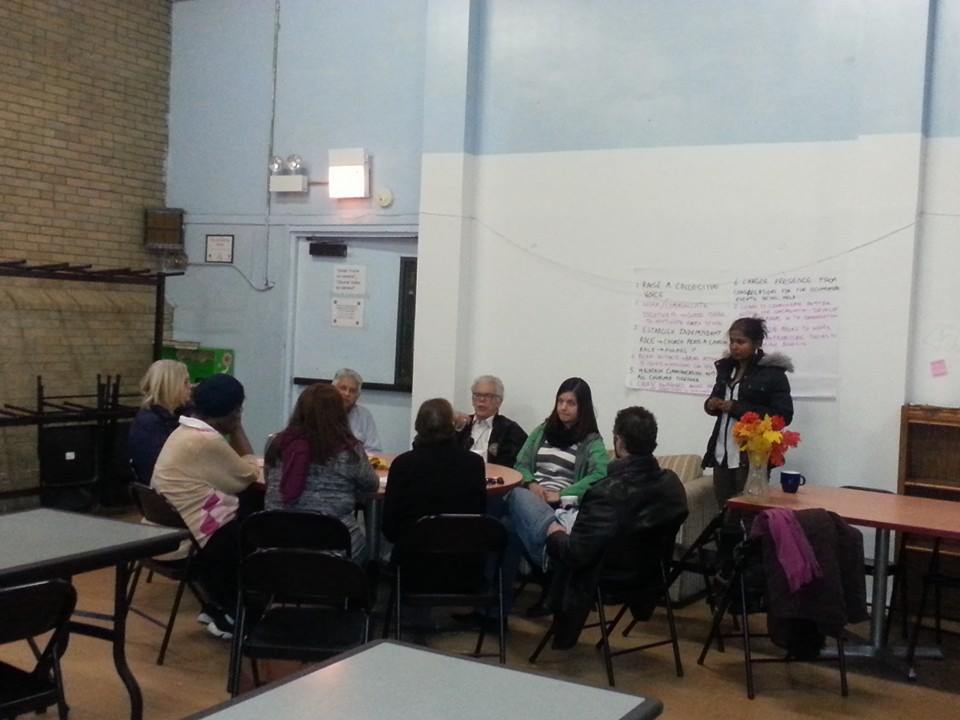 I woke up yesterday morning and noticed that it wasn’t freezing outside, and I was so grateful. It seemed like the kind of day when it might be nice to be outside, the first day in a week or so when I could imagine going for a walk in the park next to our home. But I’d committed to attending the Logan Square Ecumenical Alliance’s event at Humboldt Park United Methodist Church, “Connecting with Our Neighbors: Uniting Congregations for Social Justice.” I’m so glad I was there.

In the eight years that I’ve been working with the pastors of Humboldt Park United Methodist I’ve been to their building and have sat in their meeting room many times, but until yesterday I’d never been in their sanctuary. It’s smaller than ours, but with the same traditional architecture: the chancel in front with a high altar, rows of pews in the nave and a rear balcony. Like ours, it’s showing its age. Something about that made me feel right at home, the way you can walk into almost any sanctuary and understand the architecture and its function. It teaches you how to relate to each other.

So when people began to arrive, one-by-one or in clusters, I happily welcomed them and made a choice to sit next to people I didn’t already know, wanting to get to know who these neighbors of ours who worship so nearby and who care so deeply about our calling as God’s people to work for justice in the world.

We began with worship led by Humboldt Park United Methodist’s new pastor, the Reverend Paula Cripps-Vallejo, a young woman (also from Iowa) who’s been serving there for about half a year. Again, we’ve sat in plenty of meetings together already, but this was the first time I’d seen her lead worship. I was so impressed with the fluidity with which she moved between Spanish and English, effortlessly guiding us all through a sequence of litanies, songs, testimonies and prayers in both languages so that everyone in the room could be equally engaged in what we were sharing with one another. 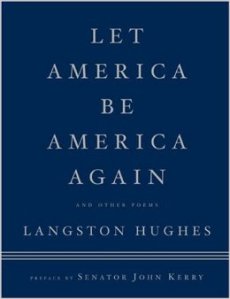 One neighbor, Leslie Willis from Kimball Avenue Church, recited Langston Hughes’ heartbreaking poem, Let America Be America Again, which unfolds around the central refrain, “America never was America to me.” She spoke of Michael Brown in Ferguson and Trayvon Martin in Sanford, and her longing for racial justice not only in our nation, but right here in our neighborhood.

Another neighbor, Flori Rivera from Humboldt Park United Methodist, shared her story of coming to the United States with us including how she came to be a member of that church. She was drawn to them because of the work they were doing with immigrants like herself, but she remained because her skills as a social worker were engaged as she and other women in the congregation built a ministry to and for families experiencing domestic violence that has been a mainstay of that congregation’s service to our community for decades now.

The stories continued, one woman speaking through tears about the struggle to keep her family safe and together through our nation’s broken immigration system. Pastor Eardley Mendis from our sister parish, First Lutheran on Fullerton, talking about the challenge of ministering to a congregation in which many of those gathered for worship are homeless and hungry. Between each story we sang and we prayed and I could feel it happening, that thing that happens when we enter into the familiar pattern of worship with unfamiliar people: we were becoming a community. 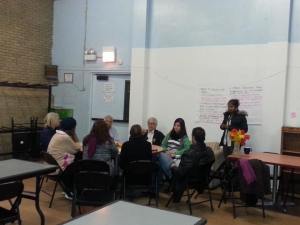 After we’d worshipped we moved from the sanctuary to the fellowship hall and gathered in small groups around tables, a familiar liturgy all its own. After another round of introductions we were asked to share why social justice mattered to each of us, and here’s the thing I find unremarkably remarkable: no one said that they do the work of justice because they are afraid of hell.

Not one of these Christian neighbors named as their reason for their good work a fear of hell.

I call this unremarkably remarkable because to us, who gather here for worship week after week, I don’t think this is much of a surprise at all. You know each other’s hearts. You share each other’s motivations. You, like the people gathered around those church basement tables yesterday, are all engaged in the work of caring for your neighbors in a variety of ways. You share your time, your skills, your money and all your other assets feeding the hungry, caring for the sick, welcoming the strangers in your workplaces and on your block, visiting with those imprisoned by illness or otherwise incarcerated. You take action on behalf of the unseen, the unwanted, the unknown year after year, and I never get the sense that you do it from a place of fear, of hell or any other punishment.

You do it for the same reasons I heard offered around yesterday’s tables. You do it out of gratitude, recognizing all that others have already done for you. You do it out of love, for the friends and family members who need your help. You do it out of passion burning in your heart for the environment, for children, for people living at the margins with their backs to the wall. You do it out of duty, honoring the memory of parents and those who’ve gone before you, showing you the dignity in a life of faith. You do it because you’re acquainted with grace, having been on the receiving end of it, and you simply want others to experience what you have come to know — that in God’s good economy all are welcome and there is always enough.

This work of yours is unremarkably remarkable however, because for many people outside the church the message they have heard is one of condemnation and damnation. Go to church, or else. Acknowledge Jesus Christ as your personal lord and savior, or else. Walk the straight and narrow, or else. Do right, or else. We may shake our heads at this fear-based, punishment-oriented caricature of Christian faith but we should not marvel at its ubiquity, after all it is simply the liturgy of the world wrapped up in religious language. Go to work, or else. Respect the authorities, or else. Follow the rules, or else. Conform, or else. Our souls rightly rebel against this deforming way of life, and against any institution that imposes it on us. Yet, it is very difficult to resist the spirituality of conditional belonging when your housing, your food, your economic wellbeing are governed by it.

In today’s gospel Jesus gives us an image of God’s judgment in which all the nations are gathered together and then people are recategorized, not on the basis of what nation, or what race, or what class, or what club they belong to, but on the basis of whether they have been turned in upon themselves or turned outward toward the needs of those around them. The deep irony in our all-to-common reading of this story is that in our anxiety about God’s judgment we begin to turn inward once again and begin the process of drawing the lines that separate us, sheep from goats.

But in God’s story, the sheep don’t know they’re sheep and the goats don’t know they’re goats and all of them are watched over by a shepherd who promises to seek after the lost, to bring back the strayed, to bind up the injured, to strengthen the weak (Eze. 34:16). I don’t know if you’re a sheep or a goat, but I can promise you that if you are lost, lonely, injured or weak, God is reaching out to you with food and drink, a warm welcome and safe lodging, healing and accompaniment. I know this because I’ve seen it, I’ve watched you reaching out toward one another, huddling together the way sheep do in a field.